If you’re looking for sex in Manchester, this guide has all the info that you need.

This sex guide will show you the best places where to find sex and how to get laid in Manchester. But also you’ll get an insight into the hookup culture and no string attached relationships.

Read more if you would like to have sexual encounters, regular hookups, or find a sex partner in Manchester.

This Manchester Sex Guide was last updated on 3 September 2020

Sex Life & Hook Up Culture
Is it easy to get laid in Manchester?

Manchester is a cosmopolitan city where you can meet girls from all types of backgrounds and cultures.

It’s also home to more students than mostly anywhere else in Europe, and, as they say in England – you won’t meet friendlier girls than in northern cities like Manchester.

Whether you want to try your game day out in the streets during the day, or whether you want to hit the many bars and clubs at nighttime, Manchester girls are open to meeting new guys from all around the world.

It really doesn’t matter what type of girl you’re looking for because women from all over the world have migrated to Manchester to study, work – and play.

However, if you’re traveling to Manchester, or moving here as an expat, it’s important that you suspend any stereotypes you may have seen and read about English women in general.

Manchester girls are not generally elegant, posh and sophisticated, and they don’t speak like the Queen. Instead, they’re “real” and authentic, and they prefer honesty and joking around.

They’re also really friendly and warm, but they can also get noisy when they’ve had a few drinks. And this is something to bear in mind: girls in Manchester love to drink.

However, there tend to be two different types:

True enough, you can find hipsters here in the Northern Quarter area who prefer a vegan date with a pint of beer, but you can also find classier girls who’ve moved to Manchester, and who prefer to drink cocktails in areas like the Printworks and Deansgate Locks.

Men in Manchester are hard to pin down because there are so many different types. There’s something for everyone here, including hipsters, students, bankers, artistic types, intellectuals, rockers, ravers, vegans and even the occasional DJ.

However, if you’re looking to date an authentic Mancunian, the easiest way to his heart is via music.

Manchester is known for its music scene – it’s the city that gave the world Oasis and the Stone Roses.

Here, you’ll find that lots of guys love to frequent the Northern Quarter record stores, thrift shops and pubs by day, before hitting the gig scene at night.

Or, if you’re looking to date a younger guy, you could head over to the university campuses where many of them hang out during the day. There are also lots of pubs close by in this area, including the Courtyard (very popular with students).

Note that guys from around here love to drink, so you’ll definitely find someone to chat with at any point during the day if you stop by bars like Night and Day (which also offers live music throughout the week – great for meeting guys).

That said, there’s also plenty of foot traffic in the shopping areas of Manchester during the day, such as Market Street.

In terms of their values, Manchester natives are known for their honesty and friendliness. They’re the type of people who’ll stop and chat to complete strangers (as well as help them out), they’re super generous with their money, and they’re always open to meeting new people.

Indeed, Manchester is a proud socialist city with cosmopolitan roots. Especially if you’re from abroad, men here would love to meet you and talk to you about your culture and life, either over a coffee or a beer.

Sex Life And Hook Up Culture

Manchester is a city full of free spirits who are drawn to it because of its liberal values. It’s a city of culture, but also of endless parties, raves, alcohol – and sex.

The Manchester bars are packed any night of the week, but especially on Friday night’s when workers are looking to get laid after a hard week.

Saturdays are even busier, when guys and girls go out in search of fun, starting at pubs and ending in the clubs.

Whilst the guys and girls here aren’t openly promiscuous, and whilst a number of singles tend to specify “no hook-ups” on dating apps, there’s still plenty of opportunities to land a hookup if you go to the right places.

In fact, as long as someone finds you attractive, hookup opportunities are rife.

For example, Manchester is known for its vibrant club scene. Here, you’ll find mega-clubs, such as The Warehouse Project, which attracts people from all over the country, as well as indie clubs like Fifth Avenue, which are popular with students and older singles who are looking to have some fun.

Party people go to these places to drink, dance, have fun, and get up, close and personal with complete strangers.

And whilst one night stands are the exception rather than the rule in other parts of the world, in Manchester, they’re very much the norm.

If you do and say the right things, there’s every chance you can find what you’re looking for.

Not just that, but Manchester is very open and tolerant when it comes to all kinds of sexual experiments. Threesomes are not unusual, and neither are swinging activities.

Manchester is the sort of city where no one judges anyone, and where people are open for trying anything once.

Where To Meet People For Sex in Manchester

There are a good number of options to hook up or find a casual sex partner in Manchester either you’re a single or a couple.

Below you’ll find different ways to get laid in Manchester, see which one suits you best.

Manchester has a lively nightlife especially on ladies’ night and at weekends. It’s pretty easy to hook up with students and youngsters after a few drinks.

In the south part of the city, you have Deansgate Locks for nightlife. Then you have Northern Quarter in the north. And in the center, there is Bridgewater Hall with several bars and nightclubs.

Yet, the top areas to hook up in Manchester are Deansgate Lock and Bridgewater Hall.

People that want to hook up or find a sex partner turn to online to fill their needs. There are singles and couples looking for all sorts of adventurous.

The most convenient and private way is to use an adult dating site like Adult Friend Finder. It’s a community site where people share their sexual preferences and look for sex partners.

There are opportunities to meet new people during the day in different situations like in cafes or on the bus.

If you’re young, a good place to hang out is at the university campus. Students are outgoing and on to the idea of casual sex. Victoria University and the University of Manchester are good starting points. 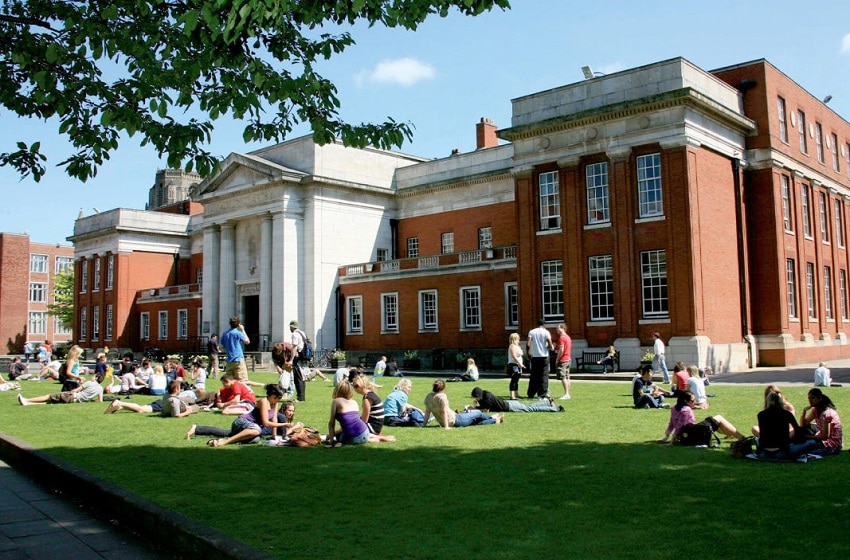 Other great spots are the shopping malls around the city like Manchester Fort Shopping Park and Crown Point North Shopping Park.

Swinging in Manchester is pretty common as well as sex parties in private houses and in sex clubs.

If you’re into this sort of lifestyle or you want to get started, go to this site and get to know people. It’s the easiest way to find swinger partners and get an invitation for sex parties.

There are also several swinger clubs in Manchester where you can have fun:

The prices for singles and couples aren’t much different. In average you’ll spend about 20-30 Pounds.

Obviously is more fun to get into a swinger club with a sex partner rather than alone.

You can rent dungeon rooms and buy toys at The Manchester Chamber and visit the only fetish club in the city called Club Lash.

There aren’t any trans bars or clubs in Manchester. The only way to hook up with trans is to use a site like TSdates. 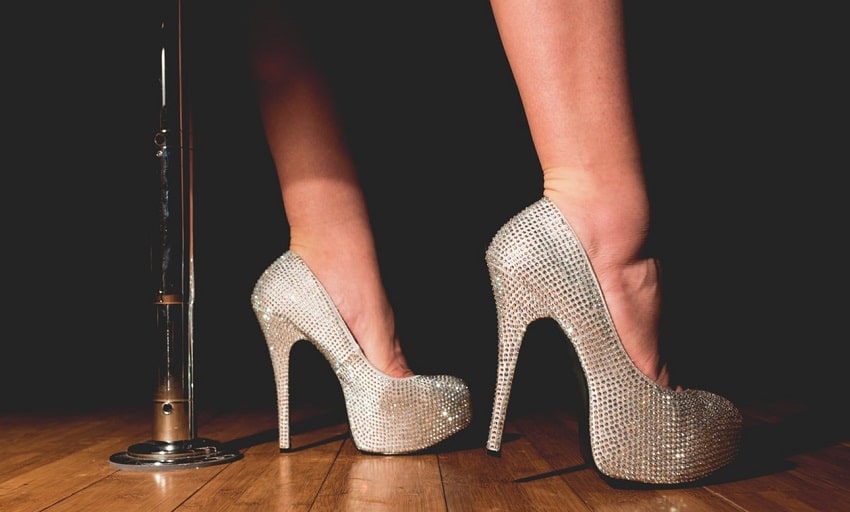 Strip clubs offer the opportunity to meet girls and hook up with them after work.

The majority of girls working in strip clubs in Manchester are from Easter Europe and South America.

Below a list of the best strip clubs in Manchester:

There are thousands of sexy girls, men and couples ready to chat and do anything that pleases you. Meaning you can virtually hook up no matter where you are.

The only thing you need is a high-speed internet connection and the cam site will do the rest. Have fun!

How To Rent A Girlfriend And Find Sugar Daddies In Manchester

The University of Manchester is the second-fastest growing sugar baby University in the UK, with students admitting that they’ve used SeekingArrangement, a popular sugar baby/daddy app, to find sugar daddies who can help pay their way through university.

Indeed, the app was used by 937 University of Manchester students in 2019 who found sugar daddies that bought them gifts and gave them money in exchange for intimacy and friendship.

In the UK overall, meanwhile, there are said to be 500,000 sugar babies at the moment.

Manchester is the type of city where a sugar baby/daddy relationship works really well because the city is heavily made up of young people (mostly students) and bankers, financiers, tech entrepreneurs and property landlords.

In other words, there are plenty of sugar babies and sugar daddies available.

The problem is how to meet each other. Meeting a sugar baby or daddy in the city itself can be tough because the opportunities just aren’t as presentable or obvious as they are when it comes to regular dating.

It’s not as though a young girl can just walk up to a guy and instantly talk about money!

As such, it’s much easier to use an app like Seeking Arrangement where members understand what’s expected from each other right off the bat.

Hostels And Hotels For Sex in Manchester

Instead, if you’re looking for a naughty hotel you might be a couple who wants to spice up their sex life or someone planning to hook up.

The best hostels to party and find sex in Manchester are:

And the best hotels in Manchester for a sexy experience are:

Safe Sex and Clinics in Manchester

One thing about hookups is that they are fun, but you want to take precautions and play safe.

Have a condom with you all the time to avoid unwanted pregnancies and contract STDs as well as get tested periodically.

The best STI clinics in Manchester are the NHS or the Northern Contraception, Sexual Health and HIV Service.

This ends this Manchester sex guide.